Hazardous waste violations can lead to devastating consequences for any business, big or small.

You don’t have to look any further than the case of New Haven painting company, which faced fines of $743,500 from the Connecticut Department of Energy and Environmental Protection (DEEP) for alleged violations of state environmental rules.

Facing a fine he could not pay, the owner, Bruno F. Suraci Jr., decided to close his business and file for bankruptcy.

While Suraci denied any wrongdoing and stated that he sought to be an environmentalist, could he have taken further actions to prevent his business from violating state and federal laws, regardless of intent? And, what lessons should other businesses take away from this case about how they store, label and train their employees on hazardous waste?

The Case Against Him 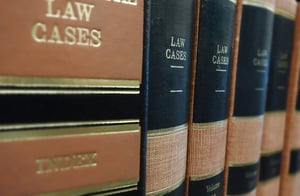 On Dec. 24, 2013, a Superior Court judge in Hartford, Connecticut, ordered the $743,500 state fine for hazardous waste, training and other violations against Suraci Inc. of New Haven, Connecticut, and Suraci.

The state’s Commissioner of Energy and Environmental Protection had accused the Suraci Inc. of improperly managing its hazardous waste generated at its River Street site during the time period of Sept. 9, 2010 to May 25, 2011.

The company, which ran several businesses at the site, provided a range of services that included spray painting, powder coating and abrasive blasting services.

Connecticut authorities accused Suraci Inc. of a number of violations that included:

While some of the most high-profile cases of environmental law violations involve companies that illegally dumped hazardous waste materials or did not report spills, this case involved improper storage and improper labeling of hazardous waste, along with other systemic failures like failing to train employees properly.

Who Is To Blame May Not Matter

While Suraci categorized the state’s claim against him as an egregious attack of a small business in Connecticut, the state refuted Suraci’s account of what happened.

Suraci claimed that most of his problems stemmed from taking DEEP’s advice in the first place. He says DEEP advised him to dispose of older paint, even though he felt the paint was still good.

He stated in a newspaper article that he then started labeling recyclable material as “hazardous,” but in doing so, it pushed him into a Large Generator status. This placed him into a much stricter category that requires more permits and higher standards of operations.

Afterward, DEEP issued a Notice of Violation for the company, even though both sides agreed that no actual pollution ever occurred.

Here’s why this story is so important: Whether DEEP is correct or Suraci is correct, it makes no difference if you go bankrupt or lose your business in defending yourself.

How To Avoid The Same Mistakes

Establishing safe and legal hazardous waste disposal and storage practices early will keep this sort of problem away from your door. 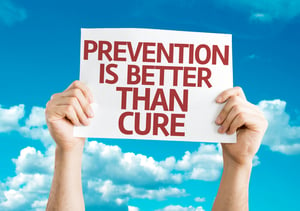 This story above, while it takes place in another state, is just one example of how trying to avoid the fees associated with proper hazardous waste management and disposal can end up costing you everything.

Don’t let yourself end up in the same situation.

So, what can you do to make sure you don’t?

You must store your hazardous waste in proper containers that feature the correct waste labels, and you must make sure you understand which classification of hazardous waste generator you fall under so you know which regulations you are subject to following.

Proper training is also critical, since it will be your employees who most often will handle, store and prepare for shipment your hazardous waste.

Once you ship your waste for disposal, it’s critical that the hazardous waste disposal company you work with is experienced, reputable and knowledgeable, since the onus falls on you to ensure your waste is disposed of safely and properly.

One of the best decisions you can make as a company is to reach out to a local hazardous waste disposal company to guide you through not only the disposal process, but to assist you in developing procedures that ensure you have adequate training of personnel and follow all state and federal regulations.

Our article, How To Find A Hazardous Waste Disposal Company In Los Angeles, outlines what you need to know to find a partner that will ensure you meet all cradle to grave requirements, so that you can avoid the catastrophic outcome that the New Haven painting company - and so many other companies - have experienced.