In the industrial sector, non-hazardous waste is often generated during the production of goods and services. Yet while the non-hazardous waste definition sounds non-menacing, not giving this type of waste the attention it needs can be harmful to the environment and your business.

Here’s what you need to know about what makes a waste non-hazardous, common types of non-hazardous waste and how to properly dispose of it according to the law.

What Is Non-Hazardous Waste? 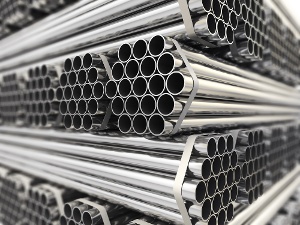 hazardous industrial waste as “waste generated from processes associated with the production of goods and products, such as electric power generation and manufacturing of materials such as pulp and paper, iron and steel, glass and concrete.”

The vast majority of waste produced in the United States is considered non-hazardous and does not pose an immediate threat to the environment.

In contrast, hazardous waste poses an immediate threat to humans, the environment and the community as a whole. The EPA classifies hazardous materials as having at least one of four characteristics:

It is important to note that certain amounts of hazardous waste that meet the definition above can be re-classified as excluded materials and considered for non-hazardous waste disposal. We’ll dive into that option below. 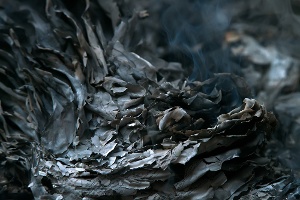 Medical facilities are another common industry that generates non-hazardous waste, with some of the most frequent examples of medical waste including plastic packaging, clean glass and plastic, paper and cardboard, and aerosol cans that are completely depleted.

As we discussed above, some types of waste may hold a different classification based on where you’re located. This can pose a difficult situation for businesses since they may think they are responsibly disposing of the waste, when in fact they are violating state laws.

An example of this is electronic waste. There are no federal laws that dictate the recycling of electronics. However, nearly half of the states in America have put into place electronics recycling laws, including California.

However, only asbestos waste weighing more than 50 pounds in total requires transportation by a certified hazardous waste disposal company.

Below we’ll talk about why it’s critical have an experienced waste disposal company in your corner and how to find one in your area.

Whether you generate non-hazardous or hazardous waste, 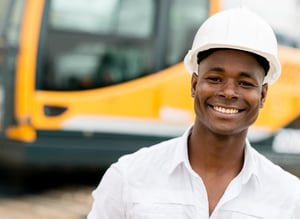 The best waste disposal companies will first help you identify your waste. While certain types of non-hazardous waste are easy to identify, other types like medical waste or chemical waste may be more difficult to distinguish as being non-hazardous versus hazardous.

Correctly identifying your waste streams can provide you with the possibility of achieving significant cost savings in the disposal process. As we previously mentioned, a reputable disposal company can identify specific waste streams via sampling and testing before they are shipped to a Treatment, Storage and Disposal Facility (TSDF).

This process of identification not only can help educate your staff on how to properly classify waste streams but quite often it can result in a significant reduction in disposal costs.

Once a TSDF has evaluated a substance, the facility can declare it appropriate for recycling and certify that it qualifies under the excluded recyclable materials exception.

Companies that generate non-hazardous waste may simply be able to take it to a TSDF or landfill. However, some disposal companies only accept certain types and quantities of waste.

Although hazardous waste typically has more stringent disposal requirements than non-hazardous waste, you may still face a number of headaches trying to organize which waste must go to which TSDF. That’s where a professional disposal company can step in and help, allowing you to focus on your business while the waste transportation partner takes care of your waste collection and disposal.

How To Find A Non-Hazardous Waste Disposal Company

Reaching out to other companies like yours that generate similar waste streams can help yield some possibilities in waste management partners.

If you generate hazardous waste as well, it’s important to ensure the company you are considering is registered using the California Department of Toxic Substances Control’s Registered Hazardous Waste Transporter Database. You can search by either “active transporters by city” or “active transporters by county.” You can also search by zip code if you’re looking for a company in a particular area.