Most businesses generate waste, whether it’s non-hazardous or hazardous.

Although much of what a company generates may not be legally hazardous (must be disposed of through the proper channels), that does not mean that workers should simply throw the waste in the nearest dumpster and have it end up in local landfills. 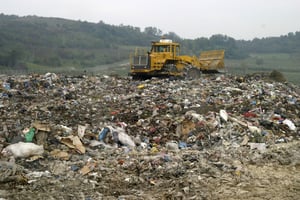 The U.S. Environmental Protection Agency defines non-hazardous industrial waste as “waste generated from processes associated with the production of goods and products, such as electric power generation and manufacturing of materials such as pulp and paper, iron and steel, glass and concrete.”

Though non-hazardous waste is not considered to pose an immediate threat to human health (as hazardous waste is defined as doing), it can still be harmful to the environment through other means, such as methane emissions during decomposition. It can also be potentially threatening to humans if the waste is not managed properly.

Below we’ll review some examples of non-hazardous industrial waste, as well as what you should know as a business that generates this type of waste.

Among common industrial materials that are still considered non-hazardous but could cause harm to the environment are:

While in some states asbestos is not considered a hazardous waste, in California it is considered hazardous. However, according to the San Francisco Department of Public Health, only asbestos waste weighing more than 50 pounds in total requires transportation by a certified hazardous waste disposal company.

If your company is transporting less than 50 pounds of asbestos to a disposal facility, you are not required to follow the same procedures as a disposal company, such as manifest requirements.

Though many types of medical wastes are considered hazardous, there are some that are non-hazardous, and therefore, not subject to the same disposal requirements.

According to the World Health Organization, about 85% of the waste that health care activities generate is non-hazardous.

Especially in hospitals and medical facilities, kitchen waste and solid waste account for a hefty portion of this waste. In fact, according to the EPA, hospitals are responsible for 170,000 tons of food waste each

Other sources of medical facility wastes include:

In California, aerosol cans are not considered hazardous waste, if they are completely depleted.

Although in California, e-waste is generally considered to be hazardous, there are some forms of e-waste that are non-hazardous.

Electronics are often used as technology continues to evolve and modernize facilities. It’s important for companies to dispose of e-waste properly to follow all state and federal regulations and avoid costly fines.

However, there are some electronic devices or components that are considered harmless, and therefore, not hazardous.

For example, these substances are considered non-hazardous and can be disposed of without the assistance of a hazardous waste disposal company:

Although these items can be disposed of safely, there are many facilities that will recycle them. You may even be able to profit off these materials, depending on their form and quantity.

As part of the EPA’s Sustainable Materials Management effort, it has been placing an emphasis on reusing secondary materials considered non-hazardous.

While these materials are not primary products that a company produces, they are the secondary materials, or scraps and residuals, that result from the production process - and often can be just as valuable. 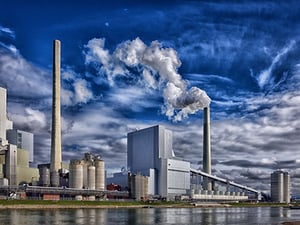 These secondary materials can be used as valuable resources across various industries. For example, they can be used as a substitute for an original material since many retain the same physical and chemical properties. Construction crews also can use them to build roads and other infrastructure, such as pavement, bridges and buildings.

As a waste generator, it is your responsibility to determine whether your waste is considered hazardous or non-hazardous. By analyzing your processes by which you generate the waste and the materials themselves, you can often determine the classification of the waste.

However, if you are unsure, it is imperative that you get the waste properly analyzed so that you can follow proper procedures for handling the waste. A certified waste disposal company can assist you with declassifying your material and getting your waste certified as non-hazardous through proper sampling.

You can read more about the importance of working with a reputable hazardous and non-hazardous waste disposal company in our article, How Industrial Waste Disposal Is Managed.