We all want to do our part to protect the environment and maintain overall public health. We also want to find ways to dispose of our waste without hurting ourselves and the planet. In order to do so, we need to know the rules and regulations that the EPA (Environmental Protection Agency) has set in place. Also, we need to know the six key pollutants and how to properly dispose of them. 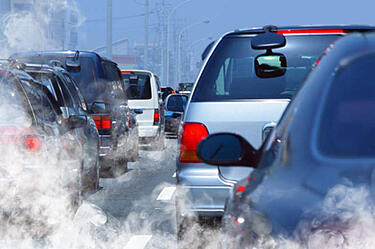 Established in the latter part of 1963, The Clean Air Act is a federal law that controls air pollution levels on a national scale. This act works in conjunction with the Environmental Protection Agency to create and instill regulations that will protect humans from toxic air pollutants.
The first major expansion to this bill passed in 1970. This expansion requires in depth analysis of industrial and mobile pollutants from state and federal levels. The EPA was actually founded in 1970 to help consolidate research and analysis so it is all under the roof of one agency. In 1990, The Clean Air Act expanded to address issues concerning acid rain, air toxicity, acid rain, and depletion of the ozone.

The Clean Air Act expansion that passed in 1990 also included a national permit program. This program covers many large industrial and commercial properties.

Businesses are required to report to the EPA periodically. Permits are issued locally, and if a business does not report their air quality levels, the EPA gets involved. The public will also have an opportunity to view the permit by calling the EPA directly. These permits require a renewal every five years.

The Six Toxic Chemicals that Cause Air Pollutants

The EPA requires businesses to report on how much of the following chemicals are being released into the air.

What can be done to protect air quality?

Many companies have been able to control what is being put out into the air by trusting in a hazardous waste company. These companies are able to dispose of waste containing these harmful chemicals without putting the public's health at risk. Companies have been able to save a lot of money on waste disposal and keep within the State and federal regulations by utilizing these amazing companies. Using these waste disposal companies protects companies from being reprimanded due to improperly disposing of waste.