The U.S. solar market continues to grow, accounting for nearly half of all new electricity-generating capacity added in the country in 2021, according to the most recent U.S. solar marketing insight report.

It’s a bright light for renewable energy advocates, especially in states like California and Texas where the demand for solar remains high.

Yet the solar panel industry has a dark side as well, one that few talk about and impacts not only consumers but manufacturers and installers as well. That dark side comes in the form of disposal.

Solar Panels And The Push For Renewable Energy 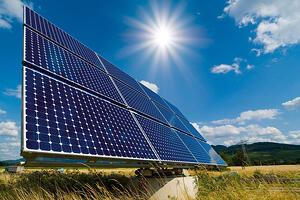 (GWdc)of solar capacity. These numbers show a 19% increase over 2020, which had its own record-breaking year that resulted in the installation of 19.2 gigawatts.

In California, the state began incentivizing businesses and households with subsidies to install solar panels in the 2000s. A Harvard business review article points to the Solar Investment Tax Credit as another reason why the solar panel industry has boomed. The tax credit currently defrays 26% of solar-related expenses for all residential and commercial customers (down from 30% during 2006 to 2019).

While there has been a significant push to boost renewable solar energy and reduce the burden on Earth’s fossil fuels, lawmakers and environmentalists are just now beginning to take a closer look at what solar power means for the environment once these millions of panels reach the end of their life cycles.

Known also as photovoltaic or PV panels, solar panels have a life span of approximately 25 to 30 years. For many households and businesses that installed their panels when the government began incentivizing their usage, that life cycle is coming to a close within the next decade.

It’s important to note that some solar panels installed as early as the 1980s still work efficiently, and although the life span of a solar panel is 25 to 30 years, it likely will not die completely. Instead, a solar panel’s output will experience degradation, or decrease significantly below what the manufacturer anticipated.

As the life cycle ends for many solar panels currently providing clean energy to homes and businesses across the country, solar industry insiders expect a significant waste problem ahead.

The International Renewable Energy Agency (IRENA) projects that by the early 2030s, annual PV panel waste could reach large amounts. The agency anticipates that this type of waste could total 78 million tonnes by 2050.

While typical photovoltaic panels are constructed using recyclable materials, it can be difficult and costly to disassemble them and recover recyclable parts like glass, silver and silicon. In fact, according to an L.A. Times report, the National Renewable Energy Laboratory estimates that it costs about $20 to $30 to recycle a panel, mostly due to associated labor costs. The cost of sending a panel to a landfill is much lower at $1 to $2.

It comes as no surprise that this cost difference has led to many solar panels winding up in landfills. In fact, the report noted that the California Department of Toxic Substances collected data on panels recycled by universal waste handlers in 2021.

When solar panels end up in landfills, there is an increased risk for environmental contamination through hazardous waste disposal since some panels contain small amounts of toxic heavy metals like lead, selenium, cadmium and arsenic. While few panels likely pose a significant environmental risk, the number of panels that are expected to be disposed of in the future may warrant more stringent regulations.

In 2021, the Department Of Toxic Substances Control reclassified solar panels to universal waste. Prior, the 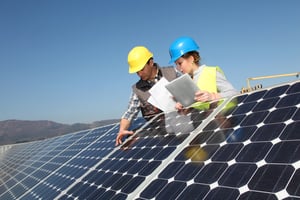 department classified panels as hazardous waste once removed from a location. This restricted how these panels were transported and stored.

Although these new regulations make it easier for businesses and consumers to dispose of their solar panels once they are no longer operating at optimal levels, they don’t push for recycling nor address a potential problem on the horizon once solar panel disposal reaches significant levels.

How Solar Panel Disposal May Be Impacted

If you’re a solar panel manufacturer, installer or simply a company that is taking advantage of the benefits that solar panels offer, it’s important to have a plan in place for the inevitable need for disposal.

Solar panel installers may especially find they are in need of disposal help over the next decade as a large influx of companies and consumers begin the process of replacing their aged panels.

In the state of Washington, the Photovoltaic Module Stewardship and Takeback Program, which will begin implementation in 2025, requires that solar panel manufacturers finance end-of-life recycling. Recently enacted regulations through the European Union also replace responsibility for end-of-life disposal on solar panel producers.

What does this mean for you if your company makes, installs or utilizes solar panels? It’s important to work with an experienced waste disposal company that handles universal waste disposal and hazardous waste disposal.

As the solar panel industry continues to flourish, it’s important for companies that play a role in this industry to understand their requirements concerning universal waste and hazardous waste streams. An experienced disposal company will have a clear understanding of the different regulations and be on top of new legislation on the horizon.

A certified disposal company will also transport any discarded solar panels to the appropriate disposal facilities, even if that requires transportation out of state to specialized facilities that accept specific hazardous materials. A disposal company should also provide you with the proof needed that you disposed of your solar panels according to the law.

This can be a costly and time-consuming process for individual businesses to handle, which is why it’s important to partner with a disposal company NOW so that you are prepared for the inevitable influx of solar panels that need disposed of safely and legally.

Need help knowing what to look for in qualified universal waste or hazardous waste disposal companies? Our article, How To Find A Hazardous Waste Disposal Company In Los Angeles, outlines the kind if vendor you need, what services the company should provide and how to check if the vendor is legal and qualified to handle your waste.