If you’ve been overseeing your own waste management tasks, you may not be fully aware of all the laws and regulations that you must follow.

It’s easy to get overwhelmed by bureaucracy, but hazardous material laws are put into place to protect the environment and community that you serve as a business owner. However, it’s not uncommon to find businesses, which are unaware that certain everyday products are in fact considered hazardous waste, simply throw these products in the trash or down the drain.

If you’re a universal waste generator, no matter the amount, it’s important to know:

Not familiarizing yourself with this information can result in a costly violation of laws and regulations.

What Is Universal Waste?

Universal waste is a category of waste materials that the U.S. Environmental 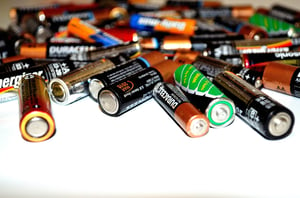 Protection Agency has designated as hazardous waste, but are materials that are commonly used. Chances are, in your business, you use at least one of the types of universal waste outlined below.

More information about what is considered universal waste can be found in our article, What Is Universal Waste Disposal?

What Laws Should You Be Aware Of?

In general, the EPA states that materials managed as universal waste can be stored for a year and do not require a manifest during shipment. However, regulations require that materials are managed so that they are not released into the environment, and tailor those requirements to the specific type of universal waste based on amount.

The EPA also requires labeling, since documenting the waste’s identity prepares others for safe handling and excludes it from being subjected to the more stringent hazardous waste generation restrictions. Using labels also allows generators to keep track of what’s been accumulated so that they do not violate any additional restrictions.

Aside from federal laws, Los Angeles County also enforces the state’s Mandatory Commercial Recycling law (AB 341). This law, established in 2012, requires mandatory commercial recycling, and instituted a statewide goal to source reduce, recycle or compost no less than 75% of the solid waste generated by 2020 and after. The law requires all businesses that generate 4 cubic yards or more of solid waste per week to arrange for recycling services.

Effective 2016, the state also instituted a Mandatory Organic Waste Recycling law (AB 1826). This focuses on a company’s requirement to arrange recycling services based on the amount of organic waste it generates.

What Resources Are Available?

Whether it’s universal waste, solid waste or organic waste, it’s a good idea to be 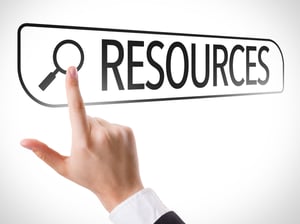 Not only do you have to dispose of hazardous materials and any other universal waste in a regulated and controlled manner, you should also have a standard protocol put into place if you are a waste generator. You also must properly identify universal waste with universal waste labels. Failing to do so could lead to fines and penalties for your business.

Trained professionals understand these regulations, which are frequently updated. They also know how easy it is to miss hazardous materials you may generate or be responsible for, such as mercury or an internal battery in a piece of electronic equipment.

One resource available to you that can help you understand and deal with any waste you generate is a universal waste disposal company. By using a specialized disposal service, you will limit your liability in regards to the regulations involving hazardous waste.

Companies that specialize in the disposal of your universal waste have an in-depth knowledge of the rules and regulations, which ensures you suffer no fault in problems regarding waste management. Other benefits include:

Talk to a trained and certified professional hazardous waste management company, which can maximize your universal waste disposal concerns in a regulated, controlled and efficient way. Hazardous waste disposal companies will ensure that you are disposing of the materials correctly and save you money in the process while limiting your liability.