Years of Waste Build Up Means No NFL Staduim For Carson

Lost amid all of the hoopla of the NFL’s triumphant billion-dollar return to Los Angeles is a hazardous waste cleanup story featuring the former toxic waste dumpsite that almost won the bid to be a shiny new NFL home in Carson, California. 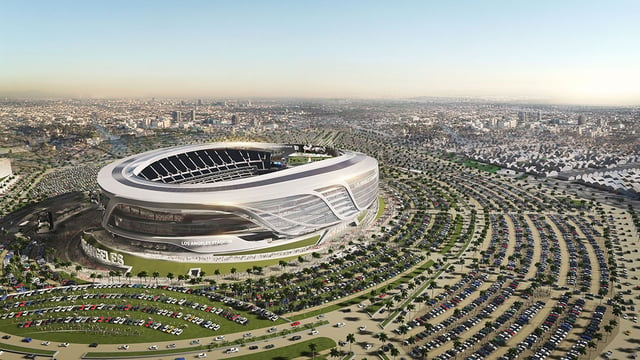 e’s winning proposal from Inglewood and received the formal recommendation of “The NFL Committee on L.A. Opportunities,” a six owner panel. The 157-acre site located along the 405 Freeway that was proposed by the Oakland Raiders and the San Diego Chargers to house both teams is the former home of the notorious Cal Compact landfill.

In a 2003 story the Los Angeles Times outlines the checkered past of the Carson site. “The site for a stadium that could bring professional football back to the Los Angeles area is 157 acres of moldering garbage and toxic waste, a fenced-off field of weeds that leaks methane, spooks investors and attracts legal trouble.”

According to records tracing the history of the landfill, the Cal Compact facility opened for business in 1959 and operated until 1965. During its six years of operating history, the facility accepted household waste, industrial waste from nearby oil refineries, including drilling muds, waste paint, oil sludge and various solvents. (Source: South Bay Daily Breeze)

The site operated during a period of minimal environmental oversight when the dumping of toxic waste was an afterthought, a six-year period that has impacted the site for decades.

According to a January 2008 DTSC Fact Sheet cleanup on the site will be costly.

According to a recent Los Angeles Times article:

“The city-operated Carson Reclamation Authority took control of the property last year. Under a complex land deal, the city gave rights until April for the San Diego Chargers and Oakland Raiders to develop a stadium at the site.”

“The Carson City Council in May approved the sale of $50.5 million in bonds to complete environmental work. That and an additional $30 million from a prior owner's insurer are funding the cleanup, City Manager Ken Farfsing said.”

“A water extraction system has been pulling out thousands of gallons of groundwater polluted with solvents. Extraction wells to remove methane and other gases are also operating, city officials said.”

While not publically stated anywhere, one can’t help but speculate that the NFL owners’ decision to reject the Carson proposal is in part tied to the history of the land, and the costly steps required to get it prepared for the massive stadium construction process.

The effects of those six years of indiscriminate hazardous waste dumping back in the early 1960’s are still being dealt with more than 50 years later, making the reuse and redevelopment of the Carson site costly and troublesome. Probably too troublesome for the NFL.

While no one at Cal Compact broke the law during its period of operation, because the laws did not exist at that time, regulations were needed for hazardous waste disposal in Los Angeles and enacted shortly thereafter, changing the business landscape forever.

Two landmark incidents paved the way for United States environmental reform. For a historical perspective on America’s hazardous waste history take a look at our two-part series featuring articles on “The Cuyahoga River Fire,” and “The Love Canal” to learn about the man-made disasters that brought about the regulations that we deal with today. They were born out of a response to the careless handling of toxic chemicals and its impact on our working and living environment.