The City of San Luis Obispo paid an $8,690 penalty in May in a case of illegal dumping at the city’s corporate yard according to the Cal Coast News.

The Crime and the Cover Up

“The California Department of Toxic Substances Control (DTSC), and other regulatory agencies, started to investigate the deliberate dumping of the chemicals following an exclusive Cal Coast News story on the incident. In Jan. 2011, Bud Nance, a manager with the city’s utilities department, told several subordinates to empty out cans of acetones, varnish, epoxy, paints and creosotes onto the yard’s asphalt parking lot near a wetlands area.” 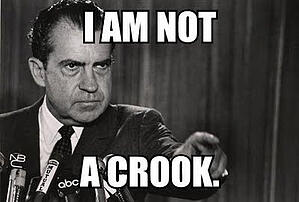 “After Cal Coast News broke the story, the city responded by claiming it was only five gallons of paint, that the deliberate dumping was limited to an area covered by asphalt and that the pouring out of paints to dry for disposal is an allowable action.”

“But, photos and emails make it clear that it was much more than latex paint. One photo shows more than nine legible can labels; only one is latex paint. Other labels show epoxy, rust remover, stain and enamel paint.”

“The DTSC tested soil samples in the area around the corporate yard a year after the illegal dumping and discovered creosote in the soil, according to an April 22 consent order.”

“Following the illicit dumping, city and county officials tried to keep mum about the spill. A string of emails show some San Luis Obispo city employees attempting to downplay or hide the problem.”

Kitty Litter as a Cleaning Agent

“Two weeks after the chemicals were poured out on the ground, city management asked San Luis Obispo Fire Department Hazardous Materials Coordinator Kerry Boyle, who also works with the county’s environmental health department, to inspect the site. Information from employees and dates on photos shows the chemicals had been soaking into the ground for about two weeks before the city called the inspector.”

“Boyle then supervised the cleanup, which should have required the removal of the chemicals by trained hazardous waste workers who should have disposed it as hazardous waste with proper manifesting. Instead, industrial kitty litter was poured on the spill and then the chemicals were trucked to the household dump area at Cold Canyon, in violation of the law, according to emails between the DTSC and Boyle.”

This is the second major fine occurring by a municipal service within the last few months as Cal American Water, a utility company serving 630,000 residents in 50 central California communities was fined $390,000 earlier this year.

DTSC is aggressively pursuing hazardous waste violators and these latest incidents prove that no one is immune to fines and regulatory headaches.

Illegal dumping of hazardous waste is a common source of infraction and one that is easily proven and the source of tremendous headaches for perpetrators.  Don’t make this mistake!

To keep your business or agency out of hot water, download a copy of our eBook “The Top 10 Hazardous Waste Violations and How to Avoid Them.”