Consumer Watchdog an influential consumer advocacy group has the Department of Toxic Substances Control (DTSC) and businesses operating in California within its sights.  The group is leading an all-out assault on the California regulatory agency. With the battle heading to Sacramento this week the rhetoric is becoming heated. At issue is California Assembly Bill 1330 which is being debated on the Assembly floor and contains provisions that may have significant ramifications for hazardous waste cleanup in the state for years to come. 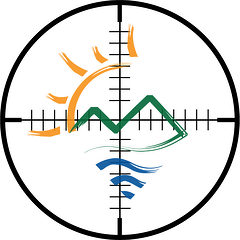 “Californians can look forward to hazardous waste being "left in place" instead of removed and sent to specially constructed and licensed facilities if lawmakers vote through a gut-and-amended Assembly Bill 1330 without new amendments this week, said Consumer Watchdog.” (Source: Sacramento Bee) "It's like cleaning up Prince William Sound by letting Exxon leave the oil in the bay," said Consumer Advocate Liza Tucker.

In a letter sent to AB1330 author and Assembly Speaker John Perez, Consumer Watchdog called on the legislator to amend the bill. "We are writing to ask you to amend AB1330—which would create a gaping hole in environmental protections and allow toxic regulators to leave hazardous waste in place, rather than remove it," said the group. "The bill was amended hours ago after its third reading, and has not been heard in its present version in any committee." (Source: consumerwatchdog.org)

In addition to the DTSC, Consumer Watchdog is also specifically targeting several large companies among them Boeing, Chevron, KB Homes, Lockheed Martin and Waste Management. Consumer Watchdog is currently locked in a battle with DTSC over the Boeing owned Santa Susana Field Labs in Simi Valley, California. "No doubt major industry players from Boeing with its radioactively contaminated Simi Valley land to KB Homes are rubbing their hands together," the letter said. "This legislation disposes of the need for disposal, saving them untold millions and making official what the DTSC has already been quietly sanctioning." Waste that is not removed continues to expose the public to toxins via different pathways from breathing it in to ingesting it through food or water, Tucker said.

California has some of the strictest hazardous waste laws in the country which at times can be stifling for small businesses.  In a Consumer Watchdog report entitled "Golden Wasteland", the group alleges that the DTSC is “falling down on the job.”  It is their contention that DTSC needs to step up enforcement activities and increase fines for serial offenders.  We operate in a business environment where hazardous waste generators must evaluate hazardous waste disposal procedures to ensure compliance with state and federal regulatory statutes.  The writing is on the wall, the regulators and watchdog groups are coming after hazardous waste generators.  It is time to contact a reputable, licensed hazardous waste disposal company to ensure that you are in compliance. For more information on staying out of regulatory hot water download our Ebook "The Top 10 Hazardous Waste Violations and How To Avoid Them."