Wastewater Solutions That  Protect Our Environment

Wastewater funnels from every corner of human habitation. From homes, human and household waste is washed away from toilets, sinks, baths and other drains.

Businesses and institutions such as medical facilities, pharmaceutical manufacturers, factories, food operations and even schools create water contaminated with chemicals and other waste. All of them depend on water for a huge variety of applications, and the vast majority of that water – 95 percent, in fact – swirls down the drain sooner or later.

So, wastewater is a product of our society, plain and simple.

What Exactly Is Wastewater?

In elementary school, we learned about the Water Cycle. The glib circle of evaporation, condensation and precipitation made it seem as though water could “take care of itself” in an endless, self-sustaining loop.

Unfortunately, that’s not the case. Water gets contaminated by homes and businesses, agricultural applications and the waves sheeting off of asphalt into storm drains.

That water does not clean itself or evaporate neatly away to rain down somewhere else later. Many of the chemicals and pollutants that enter water through factories, sewers and municipalities stay there.

The Impact of Wastewater

Yet perhaps because it has the word “water” in it, people tend to think of wastewater as a relatively harmless substance.

The detergents, soaps and chemicals that flow from residences, businesses and agriculture can all do significant damage to the environment.

This is magnified hugely when the wastewater is coming from manufacturers or packing plants. Without proper disposal and treatment, the results of these pollutants can be extremely damaging. And, the impact on ecology can be irreversible … or at least exceedingly difficult to undo.

They include, but are not limited to: 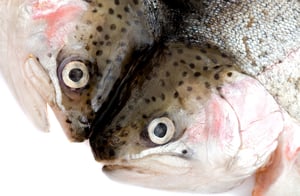 You can read more in our previous article, Chemical Waste and Impact on Aquatic Life or Water Quality.

One of the most serious impacts relates to drinking water. Fresh, clean water is quickly becoming the most precious commodity of our world.

Moreover, Americans consume 27 percent more water than we did in 1950. As we use more water every year, this problem only intensifies.

Without the technology put in place to recapture wastewater and process it, the impact will only get worse. Several solutions have been put in place to address this issue: 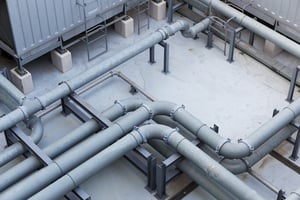 The basic function of wastewater treatment is to speed up the natural processes by which water is purified.

There are two basic stages used in the treatment of wastewater:

Primary Treatment - solids are allowed to settle and then removed from wastewater.

Sometimes, these stages are combined into one operation. 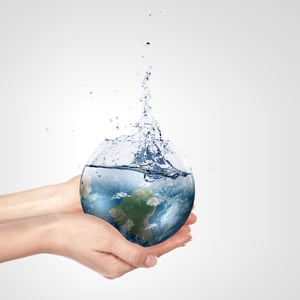 Some municipalities now manufacture chlorine solution onsite to avoid transporting and storing large amounts of chlorine, sometimes in a gaseous form. Many states now require the removal of excess chlorine before discharge to surface waters by a process called dechlorination. Alternatives to chlorine disinfection, such as ultraviolet light or ozone, are also being used in situations where chlorine in treated sewage effluents may be harmful to fish and other aquatic life.

According to the EPA, wastewater treatment facilities in the United States process approximately 34 billion gallons of wastewater every day.

Rising demands on the water supply only aggravate the problem. The increasing need to reuse water calls for better wastewater treatment. These challenges are being met through better methods of removing pollutants at treatment plants, or through prevention of pollution at the source.

Pre-treatment of industrial waste removes many troublesome pollutants at the beginning, not the end of the pipeline.

Wastewater treatment is essential to protect one of our most valuable natural resources. Scarcity and necessity have driven the advances in treatment of wastewater. If we all contribute to the process, we can ensure that there will be a sufficient supply of water, as well as protect our environment and the ecosystem.