The DTSC is Coming For You! | Are You Prepared?

The DTSC is Coming For You! | Are You Prepared?

After you read the article and watch the video, which way do you think Jerry Brown and the legislator will lean once they receive the DTSC recommendations? 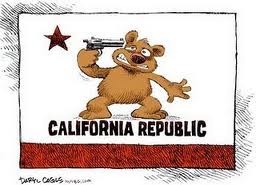 California businesses need to be aware of recent announcement from the Department of Toxic
Substances Control (DTSC).  Earlier this month DTSC director Debbie Raphael declared the agencies commitment to cut in half the amount of hazardous waste disposed of in California and surrounding states by 2025. The DTSC is a department of the California Environmental Protection Agency (Cal/EPA), and is tasked with the regulation of the generation,
transportation, treatment, storage and disposal of hazardous waste in the state.

“Over the past decade, it is estimated that businesses in the state of California have generated on average 1.7 million tons of hazardous waste per year.  Of that, nearly 1 million tons went to landfills – about 600,000 tons to facilities in Kettleman and Buttonwillow and

333,000 out of state. The rest was recycled or treated on site.” (Source: Sacramento Bee)  While the agency is in early discussions as to ways to reduce the amount of toxic waste reaching landfills, given the state regulatory history it is clear that much of this proposed waste reduction will fall on the shoulders of the state’s business community.  Early ideas include treating more waste on site, providing incentives for businesses to reuse or repurpose materials, and financial deterrents including a change to the DTSC hazardous waste fee schedule.

While we expect businesses of all size will be impacted by these announcements in the coming years, large quantity generators of hazardous waste were specifically mentioned in the announcement. From the Sac Bee article, “DTSC is also looking at changes in fees to encourage companies to reduce how much waste they produce. Now, there's no additional fee after generating more than 2,000 tons a year.” Raising fees is one of the quickest solutions to encourage a response, so expect that discussion to be coming down the road shortly. The DTSC plans on engaging in discussions with the hazardous waste industry, environmental groups and local governments.  It is anticipated that public workshops will begin this fall, and it is expected that the department will have a list of recommendations next fall.

While we expect that it will take some time to enact new regulations, fee increases and other actions to try and meet these stated hazardous waste disposal reduction objectives, we anticipate changes will be coming perhaps as soon as next year.  We strongly suggest that businesses regularly and routinely perform an audit of their operations and facilities to look for ways to improve their hazardous waste management procedures and keep up with regulatory changes.  We advise large quantity generators begin the process of evaluating their procedures and look at options for reducing the amount of waste being dumped. For one great option to reduce waste and lower your fee burden check out our post on consolidation.  Keep up to date with regulatory changes that impact your business by subscribing to our blog. Change is coming, stay current and informed!