A new electronic reporting tool is currently in development that will change how the Environmental Protection Agency manages the “cradle to grave” reporting requirements of the hazardous waste disposal system in the United States. 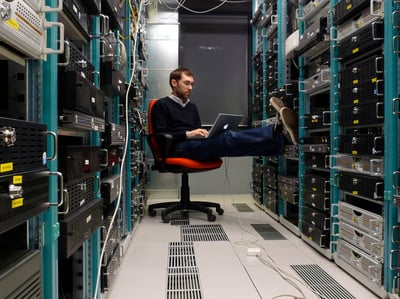 The new system will affect all companies that must fill out hazardous waste manifests as part of the of the Resource and Recovery Act of 1976 (RCRA).

Set to roll out in the Spring of 2018, the Hazardous Waste Electronic Manifest System or e-Manifest System will change the way that hazardous waste generators report to state and federal regulators.

“The e-Manifest program is the vanguard of the agency-wide initiative to develop new tools to reduce the reporting burden on regulated entities, and provide the agency, states and the public with easier access to environmental data. The EPA estimates the national e-Manifest system will ultimately reduce the burden associated with preparing shipping manifests by between 300,000 and 700,000 hours, and result in cost savings of more than $75 million per year for states and industry.” (Source: Environmental Leader)

On October 5, 2012, President Barack Obama signed the Hazardous Waste Electronic Manifest Establishment Act into law. The Act requires EPA to establish and implement a system to track hazardous waste shipments in lieu of the current paper-based system. Once developed, the new system will allow users to create and transmit manifests electronically.

EPA is currently working with states, industry and related stakeholders to develop the national electronic manifest system. The agency is hopeful that the new system will make the use of the manifest much more effective and convenient for users.

Who Will Pay the Bill?

One of the key elements of the Act is the funding mechanism. Congress required that EPA recover all of the costs of developing and operating the system. E-Manifest will be entirely supported by user fees charged to those who use manifests to track shipments of their hazardous waste streams.

The system has been in the planning and development stages since the bill was passed nearly four years ago.

Recently EPA has been making progress on the system.

On June 26, 2016, the EPA published its proposed rule on how the system will be managed and financed.  You can download the 151-page internet version of the rule HERE.

The proposal covers the following information:

In a nutshell the proposal plans to levy user fees on the facilities that receive manifested waste shipments, with the fees tailored to whether paper or electronic manifests are submitted to the system. Because paper filing is a lot more expensive to handle and process, the EPA will most likely set up discounts for users that adopt the new e-Manifest system.

The bottom line is that EPA is developing the system so that paper manifests become obsolete.

EPA is encouraging hazardous waste generators to comment on the proposal.  We are in the midst of a 60-day comment period where you can make your thoughts known on the proposal.

If you wish to comment you can use the EPA’s new comment platform, which can be found HERE.

EPA expects to finalize the user fee methodology and establish user fees for the e-Manifest system in late 2017.

Subscribe to our blog to keep up with the latest developments on the new system and in the hazardous waste disposal industry in general.