Remaining in compliance is a top priority for any business, but when human health is on the line, it becomes that much more important. Proposition 65, though it boasts more than a 30-year history, has never been more relevant than it is today – especially now that new requirements went into effect at the end of August.

“The California Safe Drinking Water and Toxic Enforcement Act of 1986, commonly referred to as ‘Proposition 65,’ requires entities doing business in California to provide warnings to consumers about significant exposures to chemicals that have been identified by the state to cause cancer, birth defects or reproductive harm,” explains The Recorder. “It is important that anyone selling, supplying or distributing products in California re-evaluate what they are doing to comply with Proposition 65.”

These regulations mandate that companies warn consumers about chemical exposure, even in very small amounts. And, as of August 30, 2018, the warning requirements have become very detailed. Moreover, the penalties for failing to comply are harsh.

So, don’t put your company at risk of penalty or worse by failing to understand and comply. Read on.

Proposition 65 is administered by the California Office of Environmental Health Hazard Assessment. 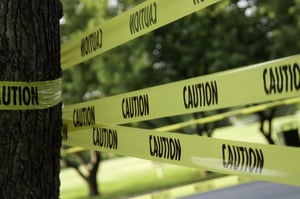 It details that businesses warn consumers if any product or substance has at least a 1 in 100,000 chance of leading to cancer (in a 70-year time frame).

It also requires that the company:

a) refrain from discharging such substances into drinking water

b) refrain from exposing individuals to such substances without written warning

“Proposition 65 requires the Governor to publish a list of chemicals that are known to the state of California to cause cancer or reproductive toxicity, and to update this list at least once a year,” explains the State of California Department of Justice. “The Office of Environmental Health Hazard Assessment (OEHHA) maintains the list of chemicals regulated under Proposition 65.”

What Types of Chemicals Are on the Prop 65 List?

You can find that list of chemicals here, and are responsible for updating your processes and labels to reflect any new chemicals added to the list on an annual basis. The list shows which new chemicals have been added that year by underlining them, while chemicals that have been removed are shown in strikeout. Both are noted in blue.

What Constitutes a Warning?

A standard Proposition 65 warning label was historically rather vague, and for years have used 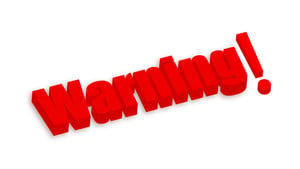 language along the lines of “WARNING: This product contains chemicals known to the State of California to cause cancer and birth defects or other reproductive harm.”

Today, the regulations require that businesses be more upfront in their warnings. They must use a warning pictogram (a yellow triangle with an exclamation point inside), with a written warning stating that the product “can expose” the consumer to chemicals that cause cancer or birth defects – much less generalized than the former language that it “contains chemicals.”

Also, the warning label must be in type no smaller than the rest of the product description and end with a URL inviting the consumer to learn more about the law here. If the consumer still has concerns, they can get in touch with the company to learn about which chemicals the warning covers and can bring further concerns via the below legal mechanisms.

Whom Does It Impact?

The proposition’s new guidelines impact anyone producing or using any chemical on the list.

Proposition 65 is enforced in a number of ways, including:

The proposition’s regulations also specify how the suit may be brought and what information it must include.

What Are the Penalties for Violations?

The penalties for failing to comply with Proposition 65’s new requirements are severe. “If a business is found to be in violation of Proposition 65, a court may order the business to stop committing the violation,” adds the State Justice Department. “The business is also subject to civil penalties of up to $2,500 per day for each violation” [emphasis added].

These penalties are retroactive, meaning that if the company has knowingly failed to warn consumers or released these substances into drinking water, they may be fined for every day after August 30 in which they were in violation. Note that costs do not include attorney fees or injunctive relief – the money a company might have to pay to victims of damage arising from the violation.

Clearly, it is critical that you not only provide clear labels, you must set up processes to prohibit the release of such chemicals into waterways. Moreover, note that you are responsible for the disposal of waste, so without a reputable disposal company on your side, you run the risk of incurring even greater penalties.