District Attorney’s Offices around the State of California and the California Department of Toxic Substances Control (DTSC) are cracking down on hazardous waste violators, and it’s not just fines that company executives need to worry about, it’s possible prison time. 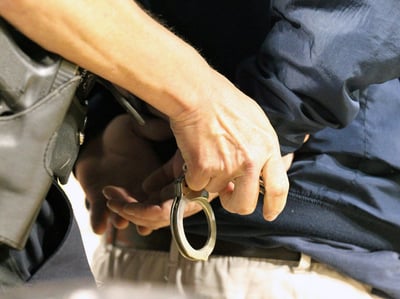 The latest DTSC action involves the owner of a Maywood, California recycling facility who is in legal hot water after a series of investigations by DTSC, and a devastating fire that left 300 residents evacuated for more than a week.

Da Xiong Pan, who also goes by David Pan, pleaded not guilty in May to five felony charges.

According to the criminal complaint and arrest warrant, among those charges was that he knowingly disposed of treated and stored hazardous waste without a permit at his site at 3570 Fruitland Ave.

In the early morning hours of June 16, 2016 a month after Pan appeared in court, a fire broke out at Panda International Trading. The fire started at 2:30 a.m. and triggered multiple explosions as metals and chemicals became super-heated and ignited, as reported by several local media outlets including the Los Angeles Times.

The fire was fueled by a reported 10,000 pounds of magnesium which burned for approximately 30 hours. Odors from the commercial fire were being reported in downtown Los Angeles and as far as the San Fernando Valley, causing the South Coast Air Quality Management District to issue a smoke advisory.

According to fire inspector Randall Wright as reported by KTLA, Channel 5 Los Angeles, "the problem with magnesium is when water goes on it, it violently reacts." You can visualize the magnitude of the fire in the video below.

The blaze completely gutted the building housing the magnesium and crews opted to let it burn itself out without spreading to nearby buildings. The fire knocked down power lines, which triggered a power outage for more than 3,000 Southern California Edison customers.

While charges were filed prior to the June 16th incident, the fire at Panda International complicates an already tense situation for Mr. Pan and will not help his case as attorneys prepare to defend him against the felony charges by the state.

State Regulators Are Cracking Down

As we reported back in 2014 during the early stages of the Exide Technologies fiasco in Vernon, California we are seeing more cooperation between California Municipal agencies (Police, Fire, District Attorneys, etc.) and DTSC as they go after companies that are violating hazardous waste regulations.

At the time we predicted increased legal hassles for California businesses, and now we are seeing the zeal with which local prosecutors are bringing felony charges to executives that oversee companies that present a threat to their neighborhoods.

Local communities are tired of California based companies that are not following the laws in regards to the proper handling and disposal of hazardous materials. The public outcry over Exide Technologies and its impact on its neighboring residents and the displacement of hundreds of residents impacted by the blaze at Panda International will surely impact businesses operating in the Los Angeles county and throughout the state.

If you are a business in the California that works with hazardous materials, and you have not evaluated your hazardous waste disposal process in quite some time, it is imperative that you review your operations.

California is a challenging state in which to operate, in terms of regulatory compliance, and ever-changing environmental law. Fines may be the least of your worries as state regulators are looking for cases to send the message that skirting hazardous waste laws will not be tolerated in California.

A good first step is to become educated on what DTSC regulators are looking for and what are the most likely infractions that will land you in hot water.

Download a copy of our free Ebook “The 10 Hazardous Waste Violations and How to Avoid Them,” to learn what you can do to protect your business and perhaps your freedom.