It is important for hazardous waste generators operating in California to keep tabs on the ongoing battle in the City of Vernon with Exide Technologies. The company operates a controversial battery recycling plant that is surrounded by homes, a pre-school and parks and is under attack by Los Angeles city and county officials, advocacy group Consumer Watchdog, and California Governor Jerry Brown.

In response to the community perception of slow regulatory response by the DTSC and the South Coast Air Quality Management District, the Los Angeles County supervisors voted Tuesday, March 11, 2014 to create a new government entity aimed at providing a swift local response to hazardous waste violators that pose a threat to public health and safety. 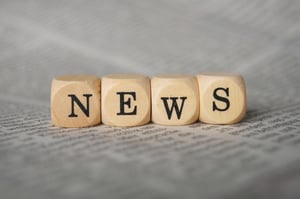 From the Los Angeles Times:

Los Angeles County supervisors voted Tuesday to create a "strike team" that will target facilities that emit toxic pollutants — the first being the Exide Technologies battery recycling plant in Vernon.

The team of public health officials, prosecutors, fire department officials and others will look for ways to close the plant, which has been accused of endangering the health of more than 100,000 people with lead and arsenic emissions.

The state Department of Toxic Substances Control and the South Coast Air Quality Management District regulate the plant, but Supervisor Gloria Molina said she has grown frustrated with what she views as a lack of swift action to protect public health.

The board's action came a day after state officials released reports showing that elevated levels of lead have been found in the soil of homes and a preschool near the plant. Officials warned residents in neighborhoods closest to the plant in Boyle Heights and Maywood to stay away from bare soil and grow vegetables only in raised beds.

"We are at the mercy of these state agencies who are unfortunately just not moving quickly enough to get us in the direction to shut down these toxic facilities," Molina said.

The creation of this new agency is an interesting development that all businesses operating in the state need to be aware of. As it stands right now, local governments appear to have limited authority over businesses that are regulated by the state, and this motion is an attempt to broaden the L.A. county’s authority in matters deemed to be priority public safety issues. If successful, other counties are sure to follow L.A.'s lead.

State officials are happy to work with county officials, he added, and often do, but the department "can't delegate our … authority to regulate hazardous waste facilities."

Local community members and politicians appear to be at odds over the Exide matter.

“Air district and toxic substances officials said they welcomed the opportunity to work with the county, but disputed the idea that the state agencies are not doing their job.”

Local communities are growing weary of California based companies that are not following the laws in regards to the proper handling and disposal of hazardous materials. The outcry over Exide Technologies and the threat to community health and safety in this case is sure to have a long range effect, not only on businesses operating in the county but throughout the state.

If you are a business in the state that works with hazardous materials, and you have not evaluated your hazardous waste process in quite some time, it is imperative that you review your operations.  California is a challenging state in which to operate, in terms of regulatory compliance, and ever-changing environmental law. One of the best ways to protect your company is by participating in a HAZARDOUS WASTE WALK-THROUGH with a properly licensed and experienced hazardous waste disposal company.

Experienced technicians who are current on current state and federal laws can pinpoint areas of concern and determine cost effective and simple fixes that can help you to avoid the type of public scrutiny, financial disaster and damage to the local community that is plaguing Exide Technologies.

Don't Be The Next Cautionary Tale!