DTSC May Be Fining You Next!

DTSC May Be Fining You Next!

The Department of Toxic Substances Control (DTSC) is the California regulatory agency in charge of managing the state’s hazardous waste program.  In January 2013, the DTSC issued a news release that highlighted the department’s activity in 2012.

This document provides great insight into the agencies regulatory priorities and can be helpful for organizations to understand the areas the DTSC targets and common fines associated with violations. You can view the DTSC news release HERE. 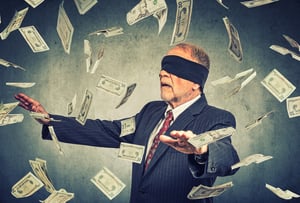 Violations were also very diverse and include;

Fines issued to individual companies were massive, from the lower end starting at $50,000 to the tens of millions of dollars for the large companies.

Code enforcement is a major priority for the DTSC.  The DTSC partners with local law enforcement agencies and District Attorneys’ offices to investigate hazardous waste violations.  Enforcement actions may also begin with an anonymous complaint.  This means that any disgruntled former employee or customer can call in a complaint and have an investigation begin.  Typically an investigation starts with a surprise inspection.  These inspections are typically very thorough and intrusive and can be very scary since they may begin with no warning. If your company is out of compliance they can cause a great disruption to your business operations.

DTSC investigators go out into the businesses to provide investigations as to how they are handling their hazardous waste.  They have the broadest authority of any branch of the California Environmental Protection Agency.  In addition to investigators the DTSC has peace officers that conduct investigations, serve search warrants and have authority to arrest people for environmental crimes that are serious in nature. The department estimates that they conduct approximately 360 investigations annually.

WHAT CAN YOUR BUSINESS DO?

To minimize the risk of an unwanted investigation and regulatory hassles, it is advisable for companies to have an outside company perform regular audits on their facilities.  These audits can be very helpful in identifying compliance issues before the regulators come knocking on your door.  It can also significantly reduce the financial exposure if violations are found during a surprise inspection since the inspectors may see that a real effort has been made to stay in compliance.  Contact a properly licensed waste management company to address your exposure.