In the last 4 to 6 months, we have seen an increase in the number of fines being handed down from the DTSC to generators for errors on their manifest forms. Many generators who fill in their forms themselves have been getting Manifest Correction Letters from the DTSC indicating they are being fined. 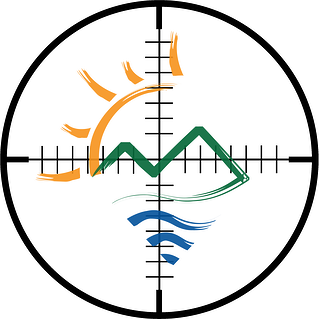 While the fines may not be significant in terms of dollar amounts (typically $20), make enough of them and you’re left with a nice little chunk of change you weren’t anticipating. However, there are some things you can do to prvent getting any fines and avoid paying them, even if you get one or two.

What will the DTSC fine you for?

There are a number of ways the DTSC can fine you when completing your manifest form. Here are some of the most common mistakes you could get fined for:

Take your time and work with your hazardous waste transportation company to ensure the manifest is completed properly.

What should you do if you get a manifest correction letter?

You will likely receive a correction letter in the mail from the DTSC, indicating they have found some incomplete or incorrect information on your manifest. The DTSC is authorized to charge a $20 manifest correction fee. That's $20 per mistake, not $20 per manifest. Make 3 mistakes on the manifest and you owe $60! You will have to pay the fees indicated and correct the areas the DTSC has outlined.

You will need to provide the manifest corrections on your company letterhead and include the following information.


Send your Manifest Correction Letters to:

If they have missed some errors, you can also correct those at the same time and avoid paying any fines on those mistakes when you send in the final manifest correction letter.

What if you have older manifests that have incorrect or incomplete information on them?

Could the DTSC go back and review older manifests for incorrect or incomplete information and assess a fee for those?

Yes, there is real possibility. Since the DTSC is typically back logged with these types of issues, it could be a while. But, they could go back and review them. How far they will go back is not generally known.

There is some good news here. If you find that several older manifests have similar types of mistakes on them, and you don’t want to take the risk the DTSC could find more reasons to fine you, you can do something about it.

How far should you go back to correct your manifests? This is also an unknown.  Perhaps one year is a reasonable estimate to use. However, it’s only an estimate. Anyone contemplating going back that far should contact the DTSC for guidance on the time frame.

How to avoid getting fined

You have probably figured this out already! Be careful when completing the manifest! If you are not sure on how to complete any item, from Box 1 to box 20, ask your hazardous waste disposal company for help. Even a quick phone call to them can save you the hassle of the extra fines.

One of the most common and overlooked fines generators receive is for an incorrect EPA ID number. Make sure you have renewed your EPA ID Number, or look it up to verify that the one you have is correct. You can look it up here.

A little fine of $20 here and there, is probably not a big issue for most generators. Every generator is different and the amount of manifests that are created on a weekly basis is different. If your business generates a lot of manifests, it may be worth taking a look to see what your potential exposure could be.

There could be a nice little chunk of money there that would be better spent on bonuses than giving it to the government!