Consumer Watchdog and The DTSC Fight it Out. | Santa Suzana Field Lab

Consumer Watchdog and The DTSC Fight it Out

A Consumer Watchdog group has filed suit to stop the debris removal from the Santa Suzana Field Lab. The Consumer watchdog group alleges that radioactive debris from the site is being deposited into landfills and recycling facilities that are neither licensed nor equipped to handle such material.

The cleanup of the site by Boeing Co., was under the supervision of the EPA. However, local community activists, Holly Huff and Dawn Kowalski, both say that the EPA has been forced out by the DTSC. They also allege that the DTSC has dropped the ball.

Lisa Tucker of the Consumer Watchdog told CBS2's David Bryan, "They’re taking it off-site and they’re doing it in such a way that they’re depositing it into places like municipal landfills or giving it to recyclers which means that people could end up being exposed to this if it’s not contained properly. The full CBS2 story can be read here.

The DTSC said in a statement released today, "The allegations are that DTSC allowed radioactively contaminated waste to be disposed of at landfills and other facilities not licensed to take it. And that DTSC failed to follow all laws and regulations that govern environmental cleanups. 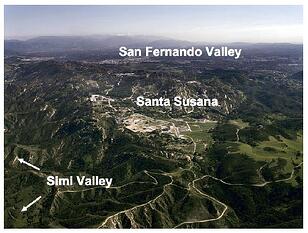 Both allegations are false. None of the building material demolished and disposed of under DTSC’s oversight from Area IV or any other portion of the SSFL site poses a risk to public health or the environment. In addition, none of the cleanup activities has occurred without required review of the environmental impacts." You can read the full DTSC statement here.

The DTSC also contends that the EPA remains involved in overseeing the process as is the Nuclear Regulatory Commission and the California Public Health Department.

Its seems clear this issue will have to be decided in the courts as both sides continue to stand firm.

The DTSC has a sepcific web page dedicated to the Santa Suzana Field Laboratory Clean Up. You can find the web page here. http://dtsc.ca.gov/SiteCleanup/Santa_Susana_Field_Lab/index.cfm

We will still keep everyone informed as news becomes available.