This is a story that we missed a few months back but felt that it had some intriguing elements to be worth a post. CPI International, Inc. of Santa Rosa, California agreed to pay $135,000 in penalties for allegations that it dumped corrosive waste in the municipal sewer system. 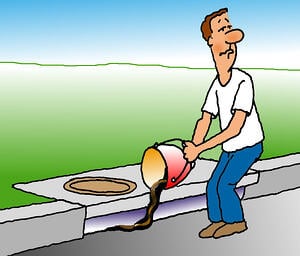 CPI International makes environmental standards and testing products and “agreed to the civil penalty that was brought after inspectors observed a paper-like glue substance flowing into the sewer,” said Terry Menshek, a spokeswoman for Sonoma County District Attorney Jill Ravitch.

“During inspections in March 2011, Sonoma County Fire and Emergency Services and Rincon Valley Fire inspectors discovered the waste runoff. An investigation revealed CPI had not filed a hazardous materials business plan or followed other procedures, as required by law.”

The Cover-Up Is Worse Than the Original Crime

“Warned to stop the dumping, CPI instead moved its paper-making operation to a residence off Mountain Home Ranch Road in Santa Rosa, according to the DA's office, which then filed a civil environmental enforcement case.” (Source: The Press Democrat)

As we have discussed in previous articles, illegal dumping is a very easy crime to both investigate and prove by the DTSC.  In this instance moving operations to a home residence while perhaps tempting, was extremely short-sighted and costly for several officers of CPI. 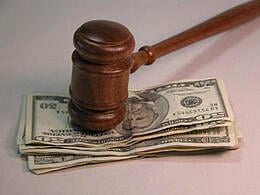 From the Press Democrat article – “In addition to the financial penalties, part of which goes to state and county coffers, CPI was permanently enjoined from disposing of its hazardous waste into the sewer. It must also have a hazardous material business plan on file and train employees in hazardous materials management.”

As you can see by this incident, it is important that companies operating in the state of California are following state and federal regulations regarding hazardous waste disposal.  Willful violation of the law as in this case will lead to fines, penalties and legal headaches, as well as potential personal liability for corporate officers.