While contaminated soil in the ground is not considered waste in California, it may be regulated as hazardous waste once it is excavated.

That means any company removing soil that is contaminated with a number of harmful substances must follow state and federal environmental regulations after the soil is removed and while it is stored, treated or transported for disposal.

Contaminated soil contains chemical compounds that are potentially harmful to human health or the environment. Often, soil contamination comes from man-made sources, though some sources can be naturally occurring as well, such as asbestos. Once contaminated soil is discovered, it’s often recommended to take some kind of action in order to protect the community and environment.

If your company has a project underway and testing reveals soil contamination, it’s important to know what has contaminated the ground, the source of the contamination and your clean-up options so that you can resume your project.

There are a substantial number of substances that can contaminate soil and groundwater. Many of these 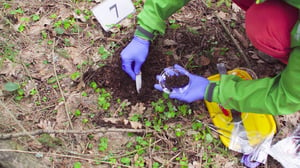 fall within the most common contaminated soil categories below.

Sources for some of these inorganics typically include facilities where smelting occurs, plating shops and other industrial locations with various manufacturing processes.

Volatile organic compounds, or VOCs, are organic chemical compounds that evaporate easily at room temperature. They include a variety of chemical gases that are emitted from solid objects or liquids.

Examples of volatile organic compounds include:

VOCs are also often components of products like petroleum fuels, hydraulic fluids, paint thinners and dry cleaning agents. They are typically found at or produced by dry cleaners and at chemical and plastics manufacturing plants.

Fuels are often used to produce heat or power. They are materials designed to react with other substances 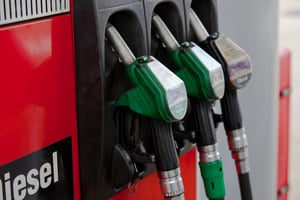 to release energy. Examples of fuel that may contaminate soil include:

Sources of soil contaminated with fuel include underground storage tanks, refineries and locations where oil-water separators are used.

While the categories we outlined above often have specific sources of soil contamination, there are some general concerns that you should also be aware of.

For example, industrial and manufacturing sites often have several different types of contaminants polluting nearby soils. The factories themselves can produce contaminates, or chemicals may leak out from trucks transporting materials and into the soil.

Waste disposal sites are another source of soil contamination. Landfills often contain contaminants like lead, arsenic and petroleum products, and when multiple substances react with one another, they can create additional toxic compounds.

Highway corridors and other areas where there are large amounts of traffic can be the source of petroleum or oil leaks, while the overuse of pesticides or herbicides in neighborhoods and on commercial properties can contaminate nearby soil.

Former farmland is an additional source of soil contamination, according to the Soil Science Society Of America. Between 1910 and 1950, many pesticides used on farmland contained lead arsenate. Because of this, lead is found in the soil of some remnant farms today.

Contaminated areas require soil remediation and treatment before a site can be considered decontaminated. There are several approaches to this clean-up procedure. The most common options include:

When a site undergoes containment, heavy-duty liners are typically placed under and around any contaminated solid to prevent the migration of contaminants into soil or groundwater. These liners must be periodically checked for damage, and additional sampling may be required. A landfill cap then serves as a barrier layer that prevents toxic effects on nearby areas.

Bioremediation uses organic materials to initiate biological processes in the soil that eventually will remove contaminants. Microorganisms such as bacteria and fungi are used in this process because they use the contaminant as a food source. Bioremediation is often used when mitigating pollutants like halogenated organic solvents and compounds, hydrocarbons, nitrogen compounds, some metals and non-chlorinated pesticides and herbicides.

Soil washing physically separates soil from its contaminants. During the washing approach, a solution comprised of cleaning fluid and water passes through a polluted soil sample. Contaminants are more likely to bind to fine-grained soil and silt, and soil washing effectively removes these fine-grained pieces from the larger soil sample.

The thermal treatment method moves contaminants in soil using heat. During this heating process, some contaminants are destroyed. Others move through the soil toward another place, such as wells, where crews collect them and pipe them to the ground surface. Also known as “in situ,” the heat is applied underground directly to the original area of contamination.

You can read more about each of these processes, along with information on when each is appropriate to use, in our article, The Basic Approaches To Cleaning Contaminated Soil Include...