The latest recipient of the title of “America’s Dumbest Hazardous Waste Violators” hit the newswire last week as Jose G. Sosa of California received a default judgment in the amount of $243,000 for illegally storing 228 drums of hazardous waste at a San Joaquin County truck stop in the city of Ripon, California. 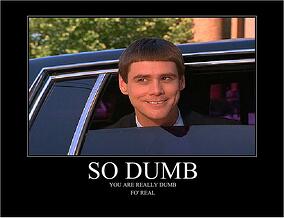 Hall of Fame Status for Sosa

The interesting part of this story which qualifies Sosa for Hall of Shame status is the fact that “DTSC investigators learned that much of the same waste had been dumped before, in 2004 in Alameda County, according to San Joaquin County officials. At that time, Sosa told authorities he would dispose of the waste properly, but he did not, officials told The Times for an investigative report last year about flaws in the state’s hazardous waste tracking system.

When the same load of toxics turned up in Ripon, Sosa told investigators he’d abandoned the trailer after his trucking business failed.

Illegal dumping is still a big problem throughout the United States.  It involves discarding unwanted items including hazardous waste in a location other than a recycling center or other legal disposal site. Businesses and individuals blatantly disregard federal and state hazardous waste laws, many times to avoid paying disposal fees.

Some violators are misinformed about the cost or convenience of proper disposal. People may illegally discard toxic materials because of the perception that a limited number of legal disposal options exist, or to avoid fees for the disposal of large quantities of hazardous wastes, such as paints, pesticides or other chemicals.

Why Is It A Problem?

The health and safety hazards associated with illegal dumping are not limited to environmental pollution; dumping also creates physical and chemical hazards. Pests such as mosquitoes, rats and mice living in debris can carry disease. Fires, sharp objects, and hazardous waste pose a threat to anyone that may be working near the dump site, or to children who may play in or near the debris.

As you can see by the Sosa case, getting caught can be costly and is not worth the stress, aggravation and fines associated with violating the law.  Keep your name off the newswire and keep your company financials intact. Talk to a licensed and certified hazardous waste company to find out if your company is violating hazardous waste laws.

For more information on common hazardous waste violations, download a copy of our FREE eBook “The Top 10 Hazardous Waste Violations and How to Avoid Them.”